Well, just when I thought I was going back to work, they went and kept us closed another 28 days. I had predicted in the beginning of this current closure that they would extend it, but as we got closer to reopening (4 days away as I’m writing this paragraph on Tuesday) I wasn’t so sure. Then last week the mayor of Toronto announced the extension of the Red zone with extra restrictions. Even further than that, at the end of this 2 weeks since I’ve last posted, they’ve gone and moved us from Red closures to actual Grey lockdown with only essentials open (grocery, pharmacy, etc) and only be with the people you live with and try to only leave the house once a week for your essentials – for 28 days minimum as of today when this is posted.

Physically I’m noticing that my knee isn’t as sore as it was a month ago. Being home and resting it has done a ton of good for it. Hopefully I can keep it that way and not over do it again or slip/step wrong to twist it again. I do need to build up that motivation to go for walks though. I have the incentive of needing to go to the mailbox to send some overdue thank you notes to some people who got some nail wraps off me though – once I get them written. I’ve also noticed I’ve got an off and on earache happening the last little while. Tylenol helps for the symptoms and I’m hoping it’ll go away on it’s own soon (seeing as I started writing this now 2 weeks ago, it has cleared up on its own and is no longer bothering me). I did somehow hurt my back though.  I woke up one morning about a week ago and could barely move and had to stay pretty flat on my back for 2 days. It’s still sore now, but I can at least move. I’ve certainly made good friends with my heating pad.

Mentally I’m struggling. The mental static is there often and the motivation to get things done is so low. I’m trying to get myself to do at least a small chore each day to feel at least a little bit productive. I have a to-do list that could really use some knocking off. I think I’m going to break it down to even smaller bits so it feels satisfying as I cross things off of it. I’m still feeling a bunch of anxiety over the feeling like I’m forgetting something or having had done something wrong, but I can’t think of anything that it could be and I just can’t shake it off.  The sleep schedule is still way off too. Noises that are subtle in the background, like the train behind the house rumbling as it passes, are really getting to me. It’s strange, but it causes me to tense all up and it only does that when my anxiety is on the higher side and magnifies the mental noise. My sleep schedule has practically flipped.  I’m having trouble falling asleep because of the anxiety and I’m frequently seeing the sunrise before I actually fall asleep.

I did have a therapy appointment this week, which is always helpful.  It’s nice reflecting back on things that I did or didn’t do and either drawing strength from it or adding to the toolbox of things to try and do different next time. One of those strength drawing moments what the realization of how much more respect for myself I have now and recognizing something that happened that would have normally made me feel small instead made me angry.  I was able to notice that the other persons response was a way to try and insult me and tear me down for saying no and standing up for myself and instead of feeling torn down, I instead felt empowered with myself for stopping the conversation.

I’m trying to do what I can to encourage self care.  Putting this list out there as a reminder to myself or a suggestion of something that might help you reading if you’re feeling similar. Do you have more ideas? I’d love to hear them. Making a comforting hot drink.  Reading my positive affirmation list.  Relaxing in a hot bath.  Doing my nails – my current mani I put on over these last 2 weeks ago so it’s time for a change soon.  Doing a face mask. Being kind to myself if I don’t do a chore. Connecting with friends and family. Put on a meditation. 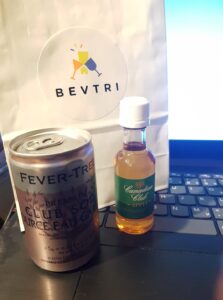 I actually had an alcoholic drink this week. I don’t indulge very often, but I joined a sample club thing. If they have samples that fit your profile, they email you with an offer for a free sample!  I just got selected for my second one so of course I had to try it in order to be able to leave my review. It was an apple whiskey and I mixed it in apple juice to make it more my style of drink. They sent a mixer of club soda along with it too, so I added that to give it some bubbles too. I very much enjoyed it and just might purchase it next time I feel for a drink.  This is my referral link if you want to sign up and see if you get selected for any too. https://refer.bevtri.com/fsxu8

Anyone else into the sappy Hallmark Christmas movies? I’ve been watching them already, almost every night. I’m finding them to be a great distraction. Something that I don’t have to pay close attention to and know that it’s going to have a happy ending.

Mike and I finished up our last Gongaii games in the 2×2 tournament and I got that tournament report written and posted already – it’s the last post that went up before this if you want to check it out. I had so much fun playing those games and as always, learned a lot in my losing matches.

That’s about it in my little world here these last 2 weeks.